Richard Nickerson was recently named Artistic Director for the Maine Music Society. He has been Director of Choral Activities at Windham High School in Windham, Maine for the past 32 years where he conducts 3 choirs and teaches courses in music theory, guitar and music industry. Among the choirs that he currently conducts is the internationally acclaimed Windham Chamber Singers. He also served from 2009-2020 as Minister of Music at the North Windham Union Church. 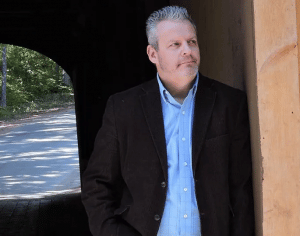 A frequent guest conductor and clinician, he has made guest appearances in 18 states, 4 Canadian provinces and 8 European countries.  He served for 8 seasons (2007-2014), as the conductor of the “Magic of Christmas” Chorus with the Portland Symphony Orchestra.  He also spent 8 years (2001-2009), as the Artistic Director of the Boy Singers of Maine.  His choirs have performed for many dignitaries, including 3 US Presidents.  He made his Carnegie Hall debut in 1998 and returned in 2016 to conduct the Maine Festival Chorus.

Nickerson received a Bachelor’s Degree in Vocal Music Education, the Master of Music in Choral Conducting from the University of Maine and the Doctor of Musical Arts degree in Choral Conducting from the Conservatory of Music – University of Missouri – Kansas City.  He has studied conducting with Dr. Eph Ehly, Dr. Charles Robinson, Dr. Dennis Cox, Werner Torkanowsky, Robert Shaw, Eric Ericson and Rodney Eichenberger.

He lives in Windham, Maine with his wife, Linda. They have four grown children and twin cats.

In this program Maine Music Society will receive a contribution from Amazon.com for 0.5% of each purchase you make when you start by clicking here.

You get the same service and purchase price from Amazon,but MMS gets a nice contribution from them.

Tell your friends. They can support us this way too - Thank you!

Become a Board Member

This site uses cookies. By continuing to browse the site, you are agreeing to our use of cookies.

We may request cookies to be set on your device. We use cookies to let us know when you visit our websites, how you interact with us, to enrich your user experience, and to customize your relationship with our website.

Click on the different category headings to find out more. You can also change some of your preferences. Note that blocking some types of cookies may impact your experience on our websites and the services we are able to offer.

These cookies are strictly necessary to provide you with services available through our website and to use some of its features.

Because these cookies are strictly necessary to deliver the website, refusing them will have impact how our site functions. You always can block or delete cookies by changing your browser settings and force blocking all cookies on this website. But this will always prompt you to accept/refuse cookies when revisiting our site.

We fully respect if you want to refuse cookies but to avoid asking you again and again kindly allow us to store a cookie for that. You are free to opt out any time or opt in for other cookies to get a better experience. If you refuse cookies we will remove all set cookies in our domain.

We provide you with a list of stored cookies on your computer in our domain so you can check what we stored. Due to security reasons we are not able to show or modify cookies from other domains. You can check these in your browser security settings.

We also use different external services like Google Webfonts, Google Maps, and external Video providers. Since these providers may collect personal data like your IP address we allow you to block them here. Please be aware that this might heavily reduce the functionality and appearance of our site. Changes will take effect once you reload the page.